Eureka Gilkey describes returning to her hometown of Houston, Texas to take on the role of executive director at Project Row Houses as a “nontraditional path.”

Gilkey had spent 20 years in Washington, D.C., holding senior leadership positions for Obama for America 2008, Emily’s List, NARAL and the Department of Housing and Urban Development under the Obama Administration. 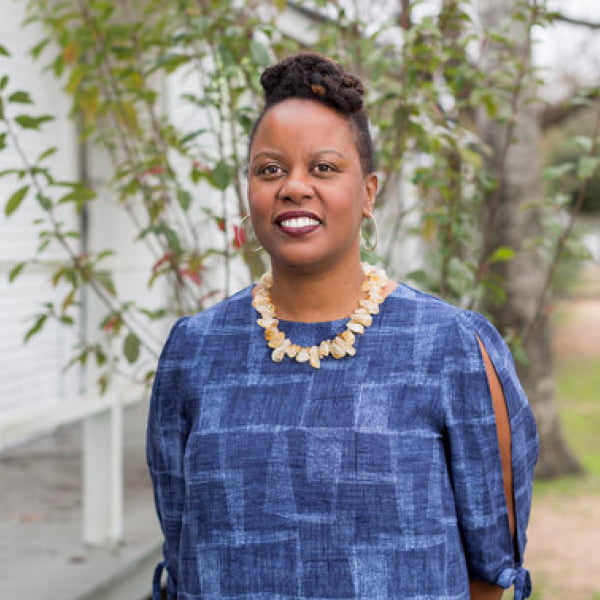 Project Row Houses hired Gilkey in 2015. That was less than a year after one of the organization’s founders, Rick Lowe, was awarded a MacArthur "genius grant.” Lowe, along with six other artists, was responsible for transforming 1 1/2 blocks of derelict shotgun houses in the Third Ward into community and cultural spaces some 20 years earlier. Gilkey joined the team after the organization had expanded to offer resources to artists, small businesses and local residents, including transitional housing for young mothers.

Gilkey spent her early years with the organization strengthening its infrastructure, particularly after Hurricane Harvey hit in 2017. Today, she says, “we have a lot of responsibility in defining socially engaged art and codifying that in a way people can see it’s a model, not just some buzzword." The organization took up that task as part of an ambitious collaboration with industry leaders across the country in late 2019.

Project Row Houses is one of 11 arts and community development organizations that have received grant funding from the BASED (Building and Supporting Equitable Development) initiative. The three-year, $8 million pilot effort launched by The Kresge Foundation’s Arts & Culture Program provides a platform for continued learning of both leading practitioners and Kresge staff around emerging field priorities, such as strengthening racial equity and inclusion best practices within the community development sector.

“We recognize that the unique contribution of a cultural approach is that it brings so much creativity and does a better job of capturing resident priorities.”— Seth Beattie, Kresge Foundation

The goal of BASED, Beattie says, is to bring organizations doing such distinct work into a collaborative, national learning community to develop a shared agenda for equitable Creative Placemaking. Organizations that merge arts and culture with racially equitable approaches to economic development, housing and community services are part of the collective. “We recognize that the unique contribution of a cultural approach is that it brings so much creativity and does a better job of capturing resident priorities,” Beattie says.

Asian Economic Development Association (AEDA) is also a BASED grantee that works to expand economic opportunities for Asian Americans with low incomes in Minneapolis-Saint Paul. AEDA has launched Creative Placemaking efforts, such as the Little Mekong business and cultural district, where arts and cultural initiatives have supported relationship-building among St. Paul’s Frogtown residents and merchants.

“By expanding the BASED initiative, the Arts & Culture team is working to strengthen the pipeline of Creative Placemaking practitioners in American cities and invest in creative approaches that empower residents to drive change and restore wellness in their neighborhoods.”— Regina Smith, Managing Director Kresge Foundation

Another BASED grantee, the People’s Emergency Center (PEC), provides affordable housing and other resources to residents of West Philadelphia to creatively strengthen neighborhoods and drive change. PEC, for instance, partnered with Philadelphia's 16th Police District and a network of local arts organizations to host a year-long series of outdoor workshops, public performances and design-build events meant to foster dialogue about public safety and cultural identity.

At Project Row Houses, the arts, culture and Creative Placemaking practices embedded in the organization’s DNA have evolved to address the needs of Houston’s Third Ward.

“Since 2015, we’ve led anti-gentrification efforts in the neighborhood,” Gilkey says. 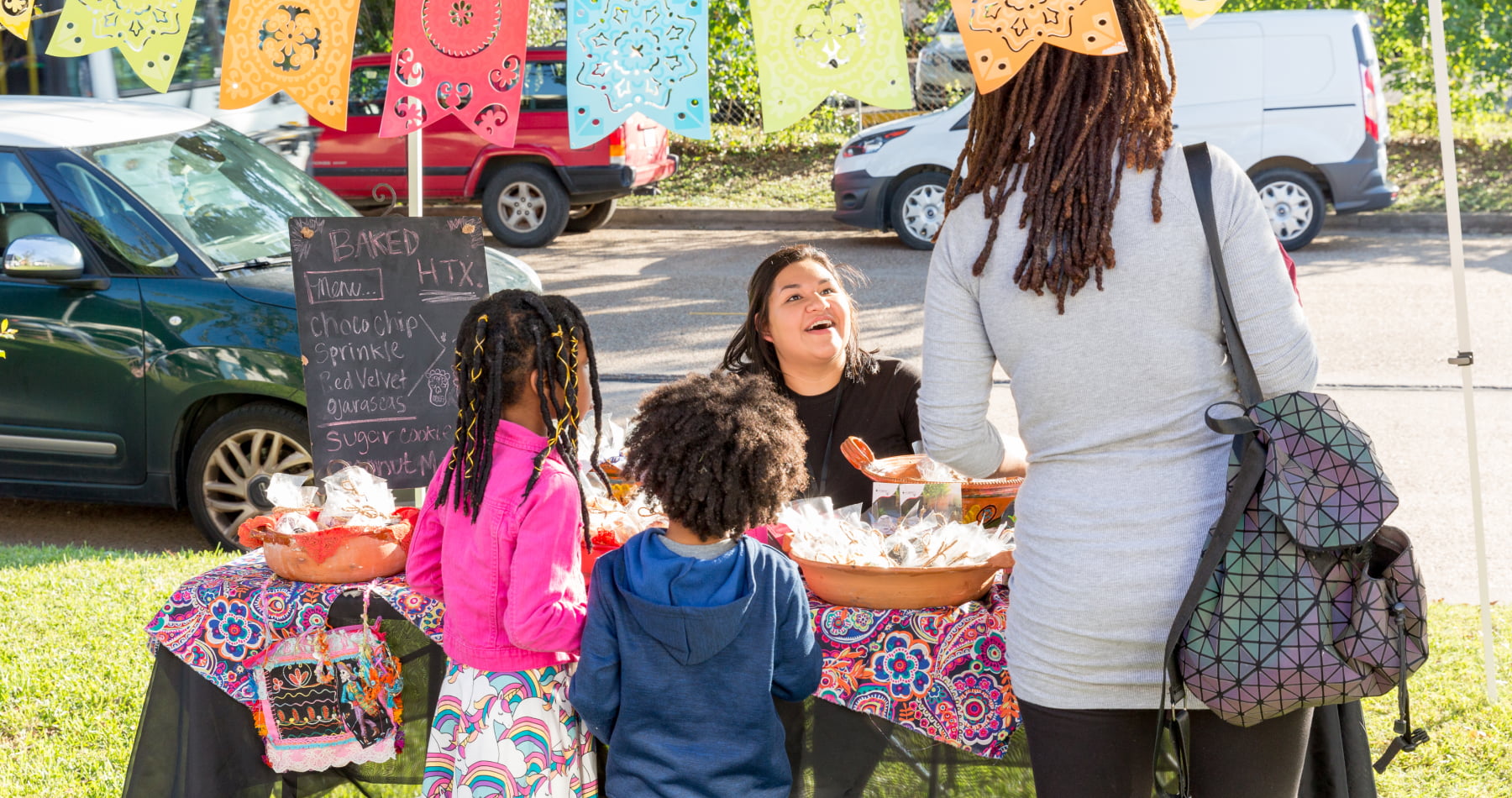 “We’d be the first arts and culture organization in the city of Houston to take this partnership with LISC and expand it,” Gilkey adds.

As part of BASED, Gilkey works with Michelle D. Johnson, a senior program officer with Kresge’s Arts & Culture Program.

“This organization took its rich creative and cultural practices and applied them to the real-life challenges facing residents — lack of access to housing, open space and social service supports — and invested in residents’ own ideas for more equitable and inclusive approaches,” Johnson says.

“We’d be the first arts and culture organization in the city of Houston to take this partnership with LISC and expand it."— Eureka Gilkey, Executive Director at Project Row Houses

Gilkey’s expertise will be shared with other community development peers who are participating in BASED. In July 2020, Kresge invited six additional organizations to join the BASED cohort.

“By expanding the BASED initiative, the Arts & Culture team is working to strengthen the pipeline of Creative Placemaking practitioners in American cities and invest in creative approaches that empower residents to drive change and restore wellness in their neighborhoods,” said Regina Smith, managing director. “Each grantee partner showcases strong models of integrating arts and cultural programming as tools to engage residents’ voices and priorities to shape equitable community development.”

Freelance writer Emily Nonko is based in Brooklyn, New York. 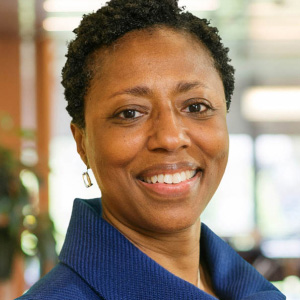 Arts and culture remain vitally important during our country’s most turbulent times.

Just as we are witnessing with the COVID-19 pandemic, people with low incomes and communities of color are impacted first and most negatively in moments of crisis.

Yet, even outside of crises, we must acknowledge the historic trauma and systemic racial injustices experienced by people with low incomes, the disinvestment in the places where they live and the normalized acts of exclusion.

As inequality grows and isolationism sets in, we need creative solutions to support the overall well-being of people’s lives — building social cohesion, engaging communities, bridging differences and tackling issues of inequality. The Creative Placemaking field contributes to long-term change by providing new avenues for arts, culture and community-engaged design to serve as central elements of community development and planning. Since first launching our Creative Placemaking strategy in 2012, we have been thinking critically about how Kresge might best influence national field-building and support the next generation of Creative Placemaking leaders to ensure more equitable outcomes.

Therefore, in 2019 our strategy evolved to focus on strengthening the equitable Creative Placemaking field, increasing creative capacity to shape healthier neighborhoods and catalyzing creative change in cities. Through this approach, we have elevated the field’s influence on equitable outcomes by placing greater emphasis on activities that help undo underlying inequities and result in, among other outcomes, stronger social cohesion, increases in resident-driven action and positive narrative change.

To achieve this, we focused our funding on cohorts where we see the greatest promise for work specific to the Creative Placemaking field, including the launch of: 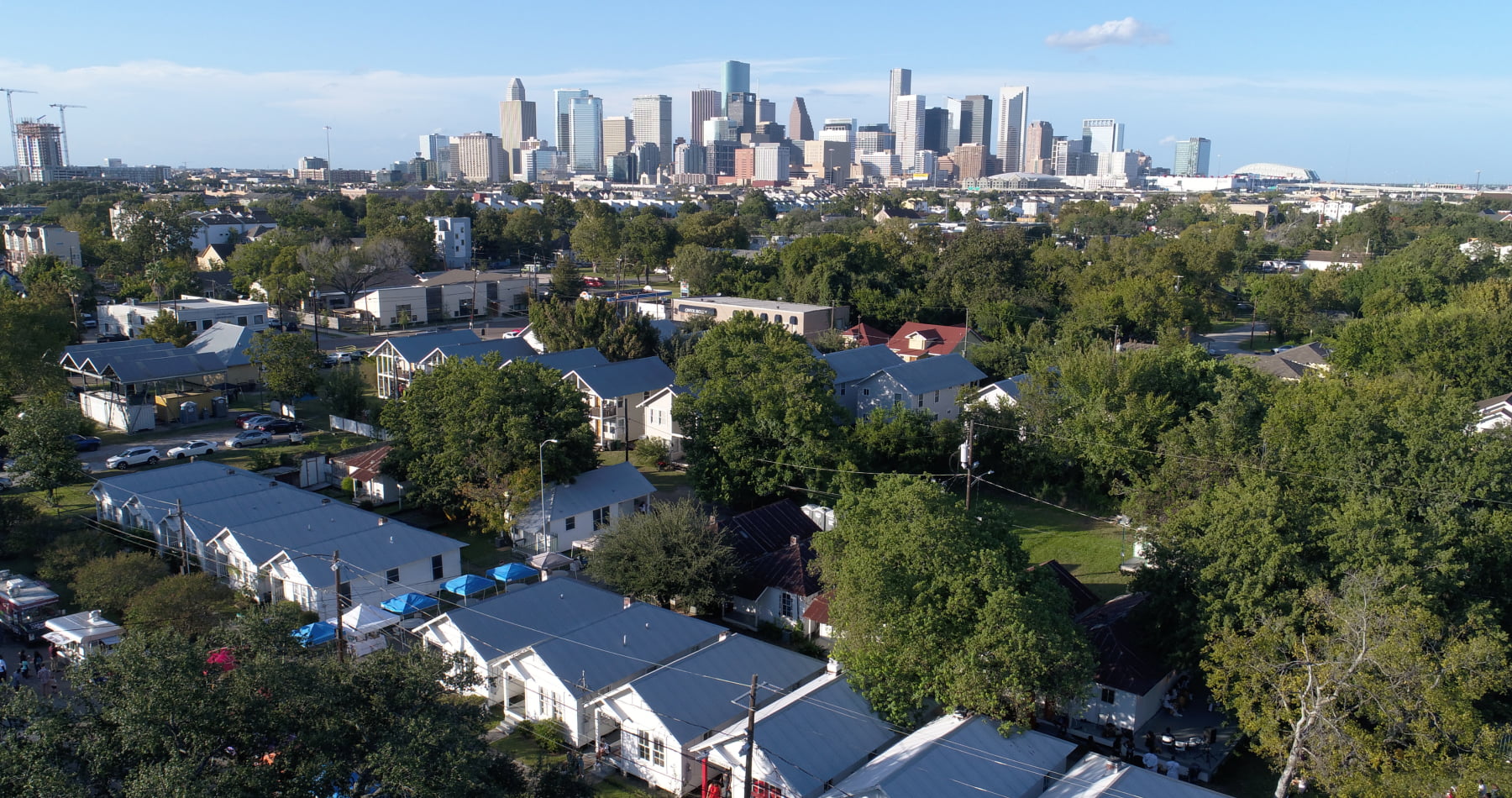 In Her Own Words

Project Row Houses’ ability to empower residents of Houston’s Third Ward through creative cross collaboration is particularly evident in its Young Mothers Residential Program, which provides housing and counseling on personal growth and parenting skills for young moms pursuing education and careers. Dr. Assata Richards, founder and director of the Sankofa Research Institute, shares her own experience as a participant.

I am a third-generation resident of the Third Ward, which is where Project Row Houses is located. My grandparents came from picking cotton and racial oppression in East Texas. They moved into the Third Ward because there was a public housing community where African Americans were allowed to live.

When I applied to the Young Mothers Residential Program (YMRP), poverty had beat me down and made me really question if I could become a first-generation college student with limited financial support. Because that’s what I was trying to become. At the time, it felt like I was trying to cross a six-lane freeway. In the program, they assured me that if I put forth the effort, then they would support me in the ways necessary so my life would move forward. That’s exactly what happened. We began to deal with my childhood traumas, building healthy relationships and developing an understanding of a career trajectory. I went back to school in 1997 as a freshman, and by 1999, I was graduating with honors, on my way to Penn State with a full fellowship to earn my Ph.D. 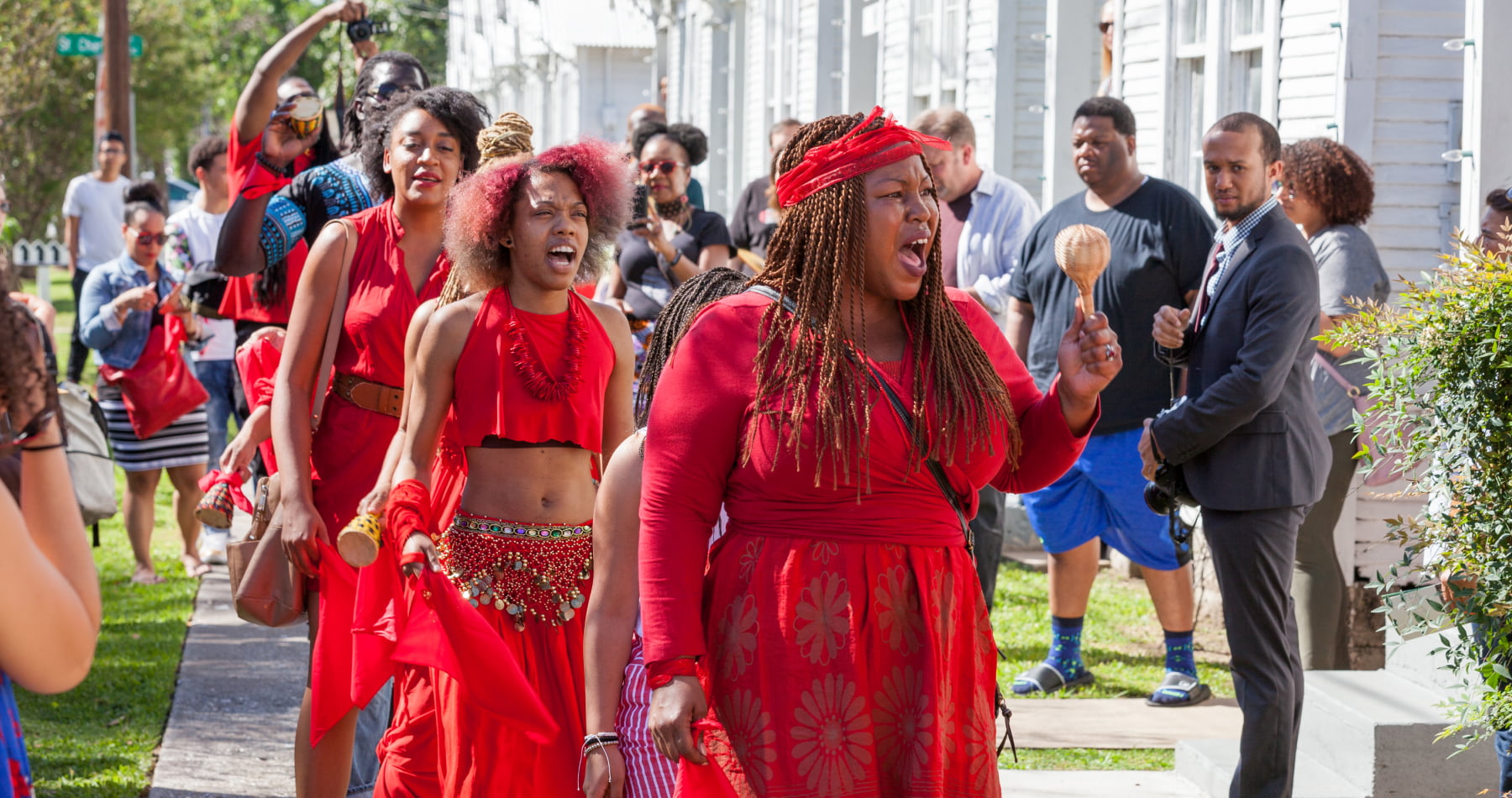 I worked as a Project Row Houses docent on the weekends when I graduated from the YMRP. It was something powerful to walk through those houses and see them transformed, and I began to understand the power of art and creativity. The artists transformed houses into creative expressions that addressed issues that were relevant, and that’s what we were doing in the Young Mothers Program. Like the artists creating things in those houses, we were creating things out of our lives. Socially engaged art has value for me because I am a person who was impacted through that practice.

I got my Ph.D. and became a professor at the University of Pittsburgh, but I always understood a lot of sacrifices were made for me. I really wanted to come back and demonstrate that my community can produce someone like me, and that the Ward was more than its challenges.

Project Row Houses gave me — as the Irish call it — the soft place to stand on the day my feet are sore. I developed a practice that led me to founding the Sankofa Research Institute, which uses some of the core components of socially engaged art practice. It’s an intrinsic value for community and people, collaboration and equitable partnerships. They’re all things that led to me discovering a type of research called community-based participatory research, which resonated with me and really reflected what I had seen and experienced at Project Row Houses. The mission of the institute is creating knowledge to strengthen communities. My very work is based on what Project Row Houses gave me, which is community.